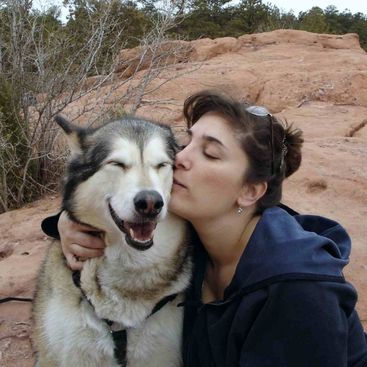 I am an Animal Communicator – It’s one way of saying that I can see, feel, hear, and know on another level outside of the five senses. I can telepathically and intuitively communicate with animals. Humans, by nature, have this ability. I believe that social conditioning suppresses these abilities. By following my bliss, I have the opportunity to show people every day just how intuitive and interconnected to animals and the world around them they really are. My life has provided me a steady stream of people, animals, and situations full of spiritual insights which have enriched my abilities, and to this, I am deeply grateful.

And today, I am grateful you read this page. Remain open to your infinite potential and possibility.

At age 22 someone very dear to me died. I spent seven years in confusion and depression. During this dark period, I came across an image of a wolf. For some reason I knew this was my dog. Before I ever met her, I named her Cognac. I could feel it in my soul that she was coming to me soon.

And she did come to me, at exactly the right moment as an Alaskan malamute pup. Her companionship saved me. She gave me the strength and courage to make positive changes in my life. Now that I had to be responsible for this beautiful creature who was sent to me by divine guidance, it was time to be responsible for myself.

How Did I Discover Animal Communication?

When Cognac was 8, I knew something was “off” with her energetically. But because she was close to me, I was having a difficult time trusting the intuitive information I was receiving, so I asked my Reiki Master Teacher Joann to psychically tune into her. Joann suggested I consult an animal communicator.

I’d heard of animal communicators and even had an experience with one while living in Albuquerque, New Mexico, but was skeptical and hesitant to trust them.  I did, however, trust Joann, so I contacted the communicator she recommended. The animal communicator told me how Cognac was feeling and described how my dog saw the world around her – everything this woman said resonated with me. She also validated my intuitive suspicions: Cognac had a bladder infection.

Since I was new to the world of psychics, I felt I needed to get the same information from several communicators to trust the information, so I also consulted with others.  One of them forever changed my life. My heart and mind opened up to the fact people can communicate with animals.

In 2004 I began volunteering my energy healing services at the Golden Horse Protection League in Golden, Colorado. There, I met a mare named Dawn, who reminded me of Cognac – somehow their energy felt the same. While I was sending Reiki, Dawn talked to me. I heard her loud and clear—there was no dismissing it. She said, “I knew Cognac in a past life. ‘She Waits Patiently’ was her name. Tell her this name.”

I stood there in shock. I didn’t know what to do so I moved on to the next horse. Then, on that very same day, Danny, a very handsome gelding, told me I had been Indian and used to sew with horsetail hair. I was blown away.

I continued volunteering Reiki and wrote down all impressions and information I was receiving from my amazing equine teachers. About three weeks later, I received an invitation in the mail for a beginning animal communication class. I registered and attended. During the class, the instructor Val Parks and I realized that I had a natural ability to communicate intuitively with animals. We formed a connection and Val has continued to mentor me and encourage me with love and support.

Me and Horse in pasture – Fort Collins, CO

I Became A Medicine Woman. Say What?

After several years of working as a geotechnical engineer, I decided to move west for a fresh start. I focused on healing and pursued a career in geology. Cognac and I ended up in Fort Collins, Colorado, where I worked as a soils manager and studied Wildlife Biology at Colorado State University.

The Rocky Mountains were our playground. We hiked, biked, camped, swam in rivers, and travelled throughout the west.  Thanks to Cognac and our mutual love for the great outdoors, my heart was healing and opening.

With an expansive heart and a free mind, I was allowing and accepting all of the wonderful gifts the Universe had to offer me. I discovered metaphysics and many alternative healing modalities and absorbed myself in gaining knowledge and self development. I adopted the American Indian philosophy and belief system. When I discovered and became attuned to Reiki, I felt I had come home.

It was my calling to use my intuition to help people and animals heal. As a healing facilitator, it was my duty to do whatever I could do to help all beings release anything that was hindering them physically, emotionally, mentally, or spiritually. Intuitively, I learned to be a medicine woman. 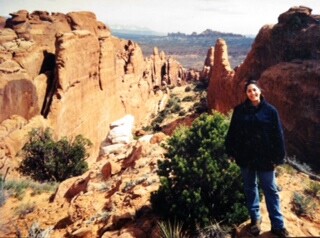 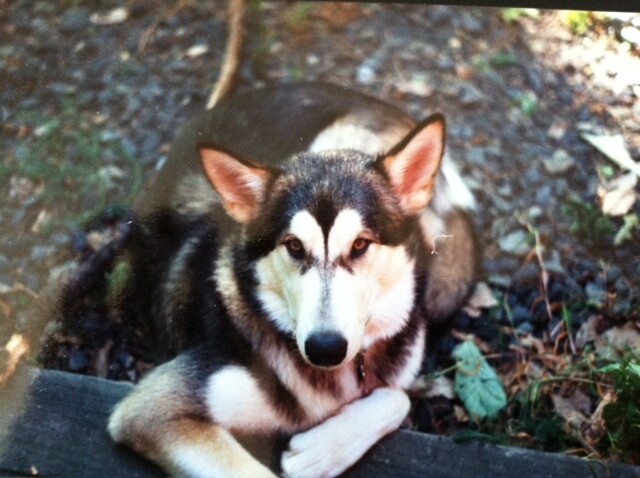 By 2008, Cognac was slowing down physically and showing signs of canine dementia. I knew in my heart that she was declining and preparing for her death and dying process. That June, I brought her back to New York to die and so I could tap into my family support network.

The day Cognac passed – September 9, 2008 –  was the day I had dreaded since she entered my life. But, being my heart’s friend and guide, she had very profound messages for me. One was: “Two Bear.” As always, Cognac knew what I needed. And I knew exactly what she meant.

Two Bear has it’s own story. Read more about the Two Bear Story and how it influenced my business.

And now, with Cognac, Two Bear, and all of my training and experience to support me, I work each day to share my gifts with the animals and people I am fortunate enough to serve.

It’s my sincerest hope that I will be able to help you and the animals you love. Let’s set up a chat and talk about your hurts and dreams and your path to healing and happiness.

Healing is My Life Path.

I have always had a strong desire to help others. My soul purpose in this lifetime is to be a healer. Since childhood I have had an intuitive and spiritual connection with nature, animals, and people.  I embrace a simple, natural lifestyle and have always been willing to extend my heart and guidance to those in need. It’s my mission to act as an advocate for humankind, animalkind, and Mother Earth.

I love what I do! It brings me great joy to know that I can make a positive difference in the lives of animals and their people.  The healing that I facilitate brings about awareness and positive change not only for the highest and greatest good of my clients, but for me as well.

The path of healer is not always full of pleasure and ease. There have been many challenges in my life. In truth, I would not have it any other way. My life lessons have provided me with the compassion, patience, strength and courage to be of service.

I will be learning and teaching my love of life until my body returns to Mother Earth and my soul transcends to the Universe. Every day, I am humbled and inspired and grateful for my greatest teachers: every animal, person, and situation I encounter.

With light and love,

For specific details about my training and teachers, visit the Awards, Certifications, and Experience page.